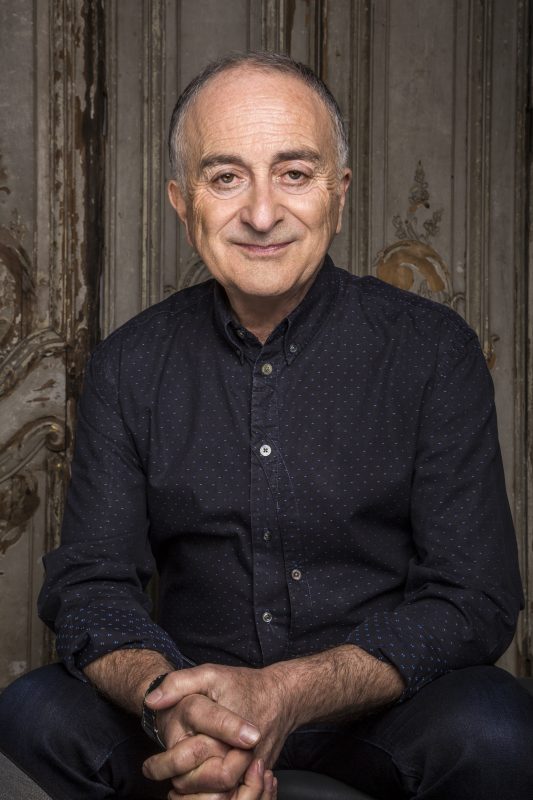 There are thousands of people who die each year of Dementia and Alzheimer’s disease.

If there’s someone who knows from first-hand experience the short-comings of the Social Care System, it’s comedian, actor, author, and outspoken ambassador for the Alzheimer’s Society Sir Tony Robinson whose parents both sadly struggled with dementia. Crooton’s Research Director, Sarah Beresford, talked to Robinson to discuss how to improve the perception of Social Care as a career, and as a valued profession.

Sir Tony Robinson initially found fame as Baldrick in Blackadder (a tv series which aired in 1982-1989), working alongside actors such as Rowan Atkinson, Stephen Fry, and Hugh Laurie, and also became known for his documentaries and children’s books. After losing both his parents to dementia, Robinson became vocal on the need to transform the Social Care industry.

What support is needed for those caring for people with Dementia?

Living with a family with dementia is hard.  Robinson points to it being a steep learning curve and whereas now, there are publications that can help to some extent explain how to look after people with dementia, at the time there was very little available and he still feels that more could be done.  His heartfelt example below, shows just how difficult living with someone with Alzheimer’s can be:

‘What I needed was to understand what it was that my parents required and needed and how best to support them. And I really didn’t have a clue. I’ll give you an example. When I went to see my mum in a care home, she would start rolling her dress up, and up and up past her knees towards her thighs, which I thought, if she had known what she was doing was very distressing and she was loosing her dignity. It made her look a bit crazy and let’s be frank was slightly embarrassing. It wasn’t until years later that someone told me it’s just standard practice, it’s just a comfort blanket and all you would need to do would have been to give her one of those cosy blankets with a soft silk edge and she would have been as happy as Larry. Now once you know that, it is as it were, bleeding obvious! If you don’t know it, it’s a big deal.’

Knowing simply how to talk to someone with Alzheimer’s can be challenging, as Robinson continues:

‘I didn’t know how to talk to her and even today talking to people who care for their loved ones with dementia, they are puzzled at how to talk to them. They don’t know whether they are supposed to repeat things a lot, how much truth to tell them in many situations, whether to go along with their misunderstanding of the situation to comfort them. All these kinds of things, everybody in a caring position would feel much more comfortable if they knew the answer.’

If you work in Social Care, there are often long hours, limited paid-for breaks, and for many low pay.  In fact, some carers, looking after people with dementia, or mental health problems, or learning disabilities (like eating disorders, and autism) can be paid little more than someone who works stacking shelves. The problem is that we need to change perceptions of Social Care, as Robinson says, from “Skivvy” to Professional Carer:

Robinson points out: “I remember a time when teachers were just twits with leather at their elbows and chalk dust on their fingertips. There came a time when the teaching union said we’re not going swallow this any more, what we do is amazing and we are going to show people how amazing it is and we are going to break government perspectives. And really within 5 years or so, teaching became a ‘profession’ rather than just something that nerdy people do. And the same thing happened with nurses, with people working in the fire service. It simply hasn’t happened in Care.”

“Care is what skivvies do. And if that’s shocking, I use that word advisedly, I think that’s how it’s perceived. It doesn’t mean to sound insulting. It’s about cleaning up sick and wee and it’s unpleasant, and  ‘I’ (i.e any of us) wouldn’t want to do it. And as long as that’s the case, theirs no career path for carers, training, no respect, we don’t have a chance of changing things. We need to look at it as a war, a war we can enjoy fighting, a war against ignorance, complacency, and fear. Fear is the ultimate with care… We are talking about people we fear, those whose brains don’t work the same way as we do, those who are going to be incontinent, those who are going to die and we’re scared of that.”

Positivity can be a driver of change

Yet, that said, there is a great deal to be positive about. The caring profession can be amazingly rewarding, seeing the tiniest of improvements can fill a carer with joy. What’s more, there are some great training and development opportunities available, often where courses and training programmes are paid for by the employer enabling employees to earn while you learn.

Robinson feels that it’s easy to think everything is “ghastly and needs changing” but is keen to impress that things are only ever going to change by being “hard-nosed” about it and showing a real commitment to cause-related campaigns that are framed positively.  He gave the analogy of the environment, where for a long time there was limited interest.

“A culture of people in the 70s were saying this stuff is more important than anything else. We’ve got to get our message out…and for a  few years, they were just regarded as kind of self-indulgent hippies. But gradually the understanding of the ‘environment’ became mainstream until now, it’s not just simply we have an understanding of it, but the environmental impact is costed into virtually every project that anybody is likely to be involved with, in their everyday lives – and that is a huge step forward.”

So, what should an improved social care system look like?

The wind of change is with us, with a new drug approved this week in the US to treat symptoms of Alzheimer’s, there’s increased focus on the social care system and the government’s commitment to fixing it.  After the severe impact of COVID on nursing homes, Robinson feels that now is a golden opportunity to promote change, now as he puts it, is “Pay Back Time…”

He says:  “Now we ought to be saying, this is as important as COVID. Age, Alzheimer’s kills that many people every year. So we cannot say we can’t afford this any longer – which is what politicians say, because we have seen that when we mobilise people sufficiently, you can afford these things…. We need a strategy, it’s not down to one government department. It’s down to all of us to say Care workers have got to be respected, Care workers have got to be paid properly and Care workers have got to have a career path. And we’ve all got to be saying that.  Let’s  find a Care version of the ‘Me’ too campaign…. Let’s make sure it’s a genuine election issue. Let’s do so in such a way that every potential government is tied into improvements.’